‘God for Harry, England, and Saint George’. A great St George’s Day Offer for You!

This Saturday is St George’s Day, England’s national day. Celebrate the Feast of St George at the Red Lion Amico Di Amici this Saturday, 23rd April and enjoy a free pint of Bombadier* (or small glass of house wine* for the ladies) when you choose a main course from the The Red Lion Classic Bar menu, or Amico Di Amici à la carte menu.

Simply quote ‘For Harry, England, and Saint George’ when you book or order from the bar.

Chaaarge your glasses troops and enjoy a proper English Beer.

*Offer limited to 1 drink per customer. 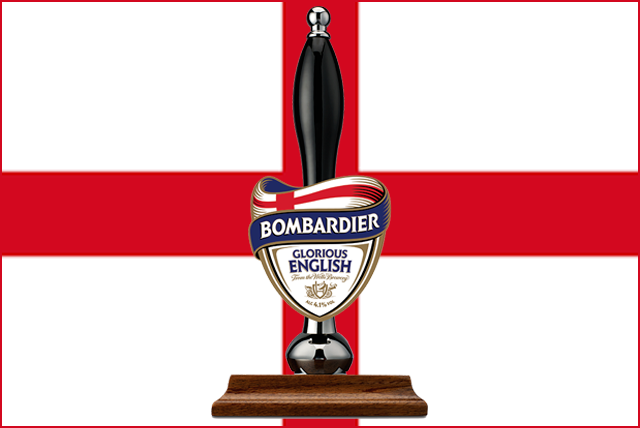 St George wasn't English< - Born in 270 AD he was a Roman soldier who is said to have resigned his post to protest against Emperor Diocletian’s persecution of Christians. He was imprisoned, tortured and ultimately went to his death on 23rd April, staying true to his faith.

So why is George our Patron Saint? - The choice of St George as England’s patron saint was predominantly that of King Edward III, who reigned from 1327 to 1377 and displayed the same courage as St George - to stand and face adversity in order to defend the innocent. Under his reign the English people enjoyed the longest period of domestic peace they had ever known, England became the most powerful nation in Europe, and his patron saint St George and equally symbolic, the cross or St George, came to symbolise his great kingship and the national pride of the nation.

George & The Dragon - The medieval legend of St George and the dragon is over a thousand years old. One version of the tale goes that a knight from the Crusades (allegedly St George) slayed a ravaging dragon and saved the princess who was being offered as a sacrifice. The people of Silene, where the event allegedly took place were exceptionally grateful and abandoned their pagan beliefs to convert to Christianity.

St George was adopted as the patron saint of soldiers after he was said to have appeared to the Crusader army at the Battle of Antioch in 1098.

Robert Baden-Powell chose Saint George to be the Patron Saint of The Scout Association, because the legend set a good example of faith, courage and perseverance for future generations.

Other historic figures who died on the Feast of St George include William Shakespeare (1616), William Wordsworth (1815) and Rupert Brooke (1915).